What Brigham Says Goes To The Heart


Brigham Young always said it was cheaper to feed the Native Americans than it was to fight them. Flour was less expensive than gun powder. He tried to return Chief Walkara's aggression (stealing livestock, burning settler's homes, etc.) with kindness.

One time the Chief came to Brigham, asking that he kill a person to walk to the afterlife with a sick Indian baby that was about to die. 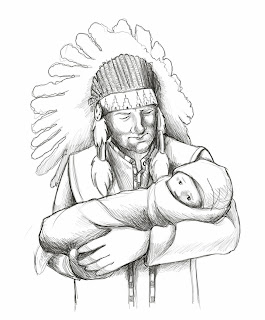 Brigham blessed the sick child and it recovered.

Brigham tried to put positive energy into the world with his writings, discourse, and actions.

Peteetneet, brother of Chief Walkara, said about Brigham, “What the other white men say go in one ear and out the other but what Brigham says goes to the heart and stays there.”

I like to ask myself what I have done to contribute light today.
Posted by Christy Monson at 4:10 PM